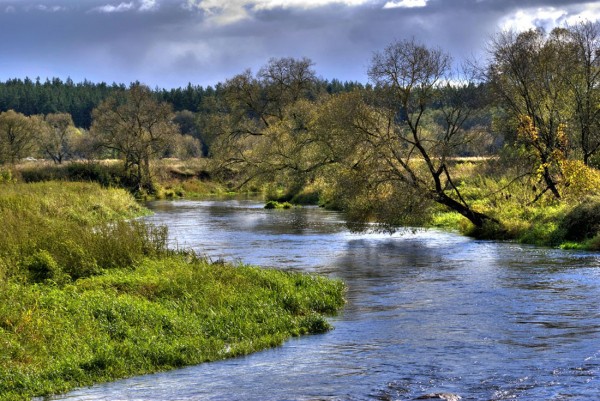 Nayshtot-Ponivez is another beautiful town we discovered on one of our latest tours. Located in the central part of Lithuania 15 km southwest way to Panevezys, the 6th biggest town. Today’s Nayshtot-Ponivez is known as Naumiestis among Lithuanians, what literally signifies A New Town. But on the Different Lithuania we prefer to stay on its romantic Jewish version. Nayshtot-Ponivez was established on the right bank of the Nevėzis river. The local celebrity in here this river is quite humble, hardly reaches 210 kilometers length. But not the size is important in here – every local would explain that in the south the Nevezis kisses with the biggest Lithuanian river Nemunas. The written history of Nayshtot-Ponivez starts in the 16th century and is related to an aristocratic Volovitz family. Later small town was taken over by the Radzivil  and ends up to be under the Karps family. The place and it’s environs since the 16th century are well known for the Karaites, who settled in here with the help of the grand duke Vytautas. It is estimated that 45% of Lithuania’s Karaites at that time lived in Nayshtot-Ponivez. 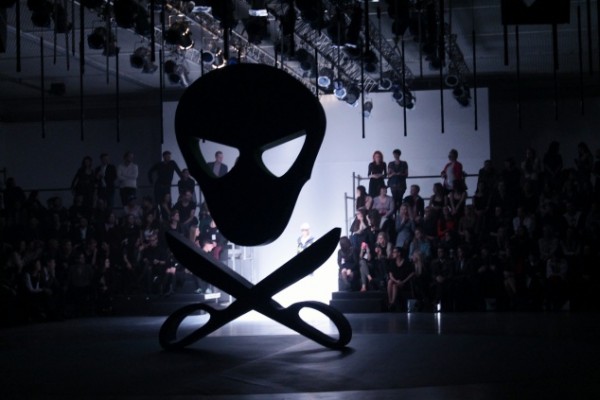 Fashion Infection– is the most prominent annual fashion festival in Lithuania. It is an innovative and conceptual event of fashion and art fusion featuring 3 day free and ticketed public events where professional and upcoming designers are brought together. Such interaction inspires young, creative talents to search for new fashion forms and expressions and gives an opportunity to exchange knowledge and ideas among the participants. Mados Infekcija was started in 1999. Once a year (in spring) its schedule involves catwalk shows, exhibitions, seminars, show-rooms and free events for fashion devotees. The festival is distinguished for its conceptuality. The aim of the event is not to show and create trends or to be a fashion dictator, but to help people to develop an individual style and attitude towards fashion and to apply the knowledge in everyday life. Bohemian spirit, extraordinary and unconventional fashion shows, the fuse of music, video, photography and other fields of art make the festival a unique 3-day experience of fashion which takes place in the capital of Lithuania Vilnius. Mados Infekcija breaks traditional boundaries of fashion weeks as it is available for everybody and has the purpose to spread the knowledge of fashion among people. 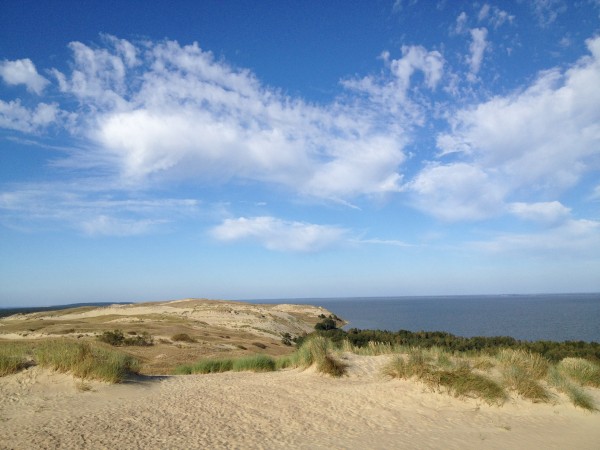 Lithuania – No. 3 Best in Travel by Lonely Planet

In the top-ten ranking compiled by the world’s largest travel guidebook publisher, Lithuania was ranked third behind Singapore which took the top spot and Namibia which came second. Naming Lithuania as one of Europe’s best-kept secrets as well as a rebellious, quirky and vibrant country, the Lonely Planer highlights the most important event for travellers as of 1 January 2015, Lithuania will be the newest member of the Euro zone. Among Lithuania’s attractions the guide points out the majestic Baltic coastline The Curonian Split with gorgeous beaches, backed by Europe’s largest moving sand dunes and the capital city Vilnius with the baroque old town which earned Lithuania one of its entries on the World Heritage list. Destinations that made the cut for Lonely Planet’s latest, “Best in Travel 2015” are chosen for their topicality, unique experiences and ‘wow’ factor. 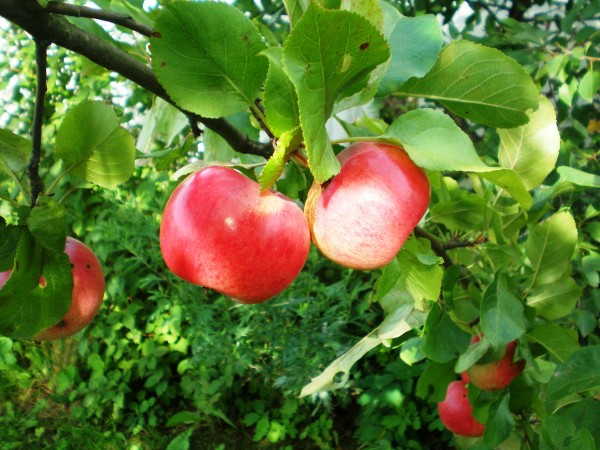 Love story under the apple tree

While visiting Kaunas we had a unique opportunity to look for an apple tree of love. Our client asked us to locate an apple tree on a farm in Vilijampole near Kaunas, under which his grandfather proposed to his future wife. Soon after the proposal, they left for the USA and raised a big wonderful family there. Today, after flying over the big blue ocean, his grandson is here, standing under the same tree with his wife, reliving the beginning of his grandfathers magnificent union. 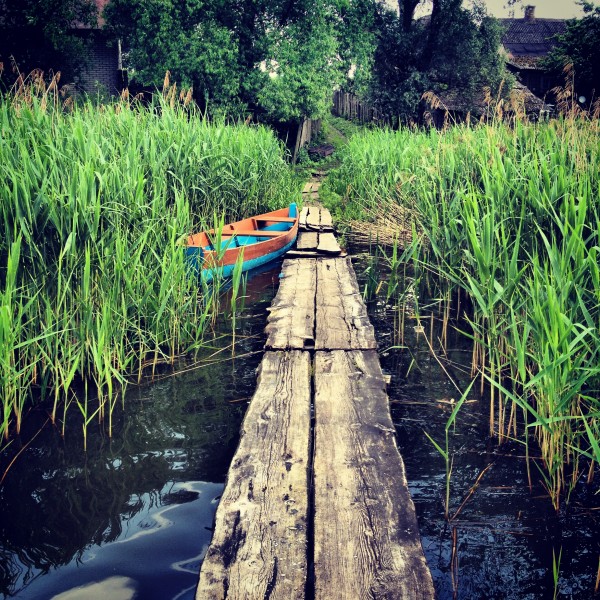 Aziory (Jeziory, Ozra, Yeziory) is a small beautiful town, just 29 km north-east of Godno. During our visit, we were looking for the historic Fishermen street but could not find it, so we had to ask local people to point us in a right direction. We were told that the streets name has been changed to Workers’ street. That is due to the fact that there are no fishermen left in this town – most people here now work at the farms. The town people are very friendly – some of them invited us over for a cup of coffee. Surrounded by lakes, plentiful in nature, and full of charming wooden houses – Aziory is such a wonderful place to visit… a place you would want to come back and spend some time on a lake shore, go fishing and enjoy the quietness. 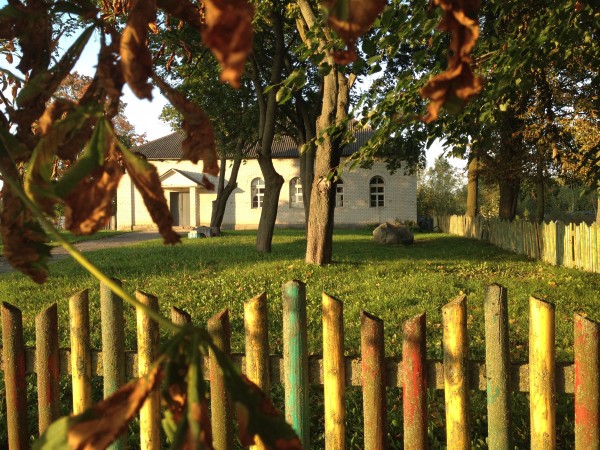 Vasilishki Lida uyezd, Vilna-Grodno gubernia (Wasilishok, Wasilishki, Wasiliski, Wasiliszki, Vasiljkov ) was a small town in the Jewish settlement area, in the district of Lida in the province of Vilna. The Jewish population was just three hundred families. It was getting dark when we drove into Vasilishki, despite that, we were able to see quite well under the light of dusk. We found typical old Jewish houses and cobblestone streets hidden beneath the asphalt. The town’s synagogue was standing tall, like it was frozen in time. Once, this place was vibrant and full of life, but now it seemed like time here stood still for decades. Czesław Juliusz Wydrzycki, was one of the most important and original Polish singer-songwriters and rock balladeers of the last quarter-century, singing mainly in Polish.Niemen was born in Stare Wasiliszki 2.5km outside Vasilishki. Czesław Niemen belonged to a huge, strongly self-identified and culturally influential community of Poles, living outside the eastern borders of contemporary Poland, on the eastern lands of the historical Polish-Lithuanian Commonwealth. In the 1950s Niemen was allowed to move to Poland as one of many Poles embodied by the so-called Second Repatriation. He made his debut in the early 1960s, singing Polish rock and soul music. He possessed an unusually wide voice range and equally rich intonation. He was also an ardent composer and a keyboard player. 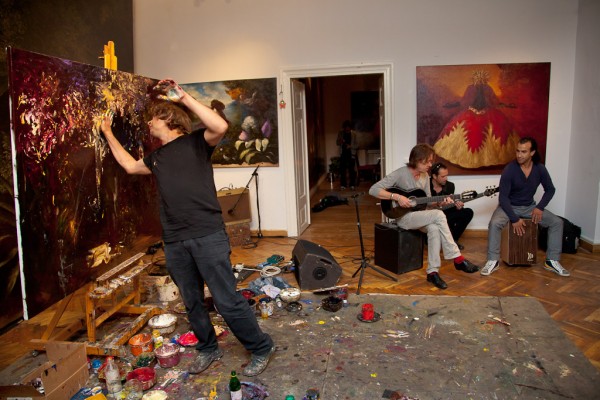 Sigitas Staniunas is one of the most notable and exclusive interdisciplinary Lithuanian artists, known for combining social and historical aspects of intercultural communication with the ideas of cultural inheritance, development and progress. Multi-layered oil painting created with the techniques of old European masters yet inspired by elements from Asian culture and art make his oeuvre unique. His artwork links spiritual, idealistic and symbolic elements of images and colors with historical and psychological context. During the course of a carrier spanning more than 20 years, Sigitas Staniunas has participated in a number of national and international projects. He has worked in Switzerland, Finland, USA, Brazil, Indonesia, Russia,Taiwan and other countries. While his primary medium is painting the artist also creates performances and site specific installations. Video documentation and live music performances enhance exhibitions of the artist’s work. 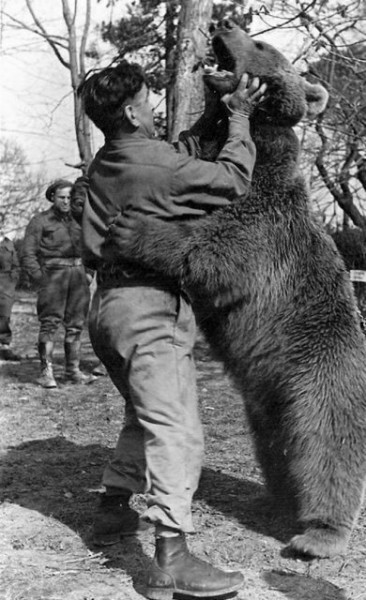 The legend of Wojtek begins in 1942, when he was found in Iran by a local boy and traded for a few tins of food to soldiers of the Polish Army stationed nearby. The soldiers cared for the Syrian brown bear cub and fed him milk from empty vodka bottles, fruits, honey and marmalade. Over time though, he began imitating his caretakers, consuming beer and cigarettes. Of course, he ended up mostly chewing the cigarettes instead of smoking them. Soon, the endearing bear became an unofficial mascot of all the Polish units stationed in the area. He moved with the company to various countries. When the bear traveled with the Polish army to Europe to fight alongside the British in the Italian Campaign, they soon figured out that having animals as mascots was banned. This was when the bear came to be enlisted as Private Wojtek (smiling warrior) among the soldiers of the 22nd Artillery Supply Company of the Polish II Corps. It was in the Battle of Monte Cassino that Wojtek achieved the status of a war hero. Several accounts have been provided of his services in transporting numerous crates of ammunition, without dropping a single one. When the war ended in 1945, the bear was sent to Berwickshire in Scotland, along with a few of his fellow soldiers. Wojtek spent his last days at Edinburg Zoo, visited by former Polish soldiers and several journalists. He died in December 1963, at the age of 22. Today, Wojtek is not only considered a war hero, but also a symbol of the part played by the Polish in WW2. 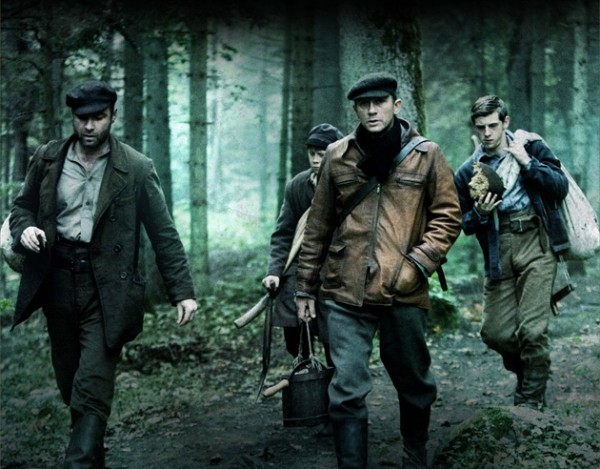 The True Story of Three Men Who Defied the Nazis, Built a Village in the Forest, and Saved 1,200 Jews. Forest became a Jerusalem for hundreds of Jews who lived in the area of Novogrodek.  Tuvia, Zusya, Asael & Aharon lived in the village Stankiewicze located between the towns Lida and Nowogródek. It had been the home of the Bielski family for three generations. They were the only Jewish family in a village that was populated by six families. In June, 1941 German troops invaded the Soviet Union. They were followed by Einsatzgruppen, killing squads, which rounded up the Jews, murdered them in mass graves and forced the remaining Jewish population into ghettos. After their parents and other relatives were murdered in a massacre of around 5,000 Jews on December 8, 1941, the Bielski brothers fled to the Belarusian forest and set up a partisan unit with Tuvia Bielski as the commander. However, unlike other partisan groups, fighting the enemy was not their highest goal. Their primary objective was to rescue Jews and to offer them shelter and protection in the forest. 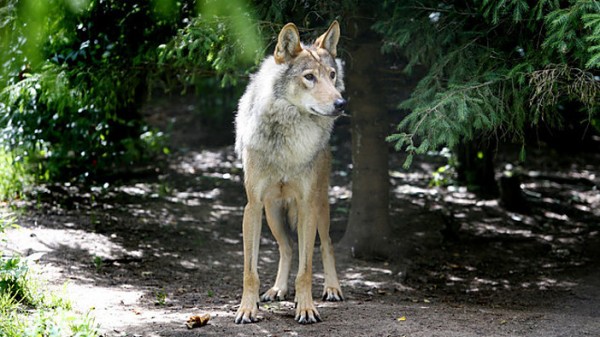 A night with the wolfs

Have you ever dreamt about an exlusive night in the forest hotel surounded by the wolfs? Are you scared? Scientists proved that the wolf therapy takes of your stress. The price is affordable for everybody only 1.5€ per night. Would you like to spend a night? We can book  it for you :)