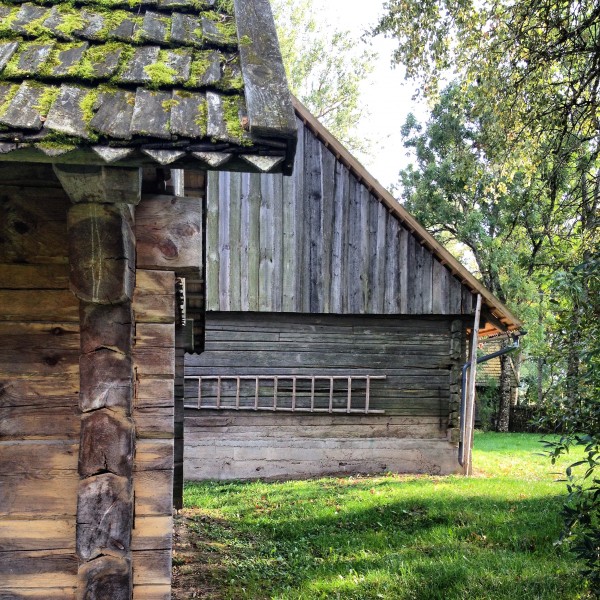 Kanopenai is a village 6 kilometres from Vidukle. My guest idea was to come there and too look around for something authentic from the past. Practically the village doesn’t exit only a few farmers houses left & no more authentic but we knew that Kanopene village is  a birth place of famous lithuanian writer Simonas Stanevicius. He was born 1799 in Kanopenai in a family of petty nobles. His old house is a museum. We explored that area, ate the apples from the apple trees older than 100 years. It is a magic place we felt something amazing in our souls it is something that you can not describe, you can be the richest person in the world but you can not buy these feelings that you can feel only here in a little paradise in Kanopenai. 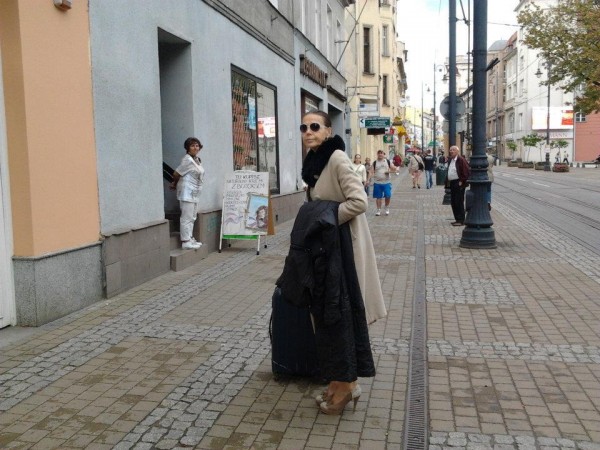 A lady with a luggage

Bydgoscz is a lovely city in Poland only 5o kilometres away  from Torun. Was walking down the old streets when i accidentaly met a women with a luggage. It was a tall elegant skinny mid age women, wearing a sun glasses and high heels shoes. At the beginning i thought she was hurry to get on the train or a plane.  She asked me excuse me do you have a ticket? Can you give me 2  Zloty? I asked her where is she going and she dissapeared in the mass of the people. Later i found out that  she comes to Bydgoscz every day carrying the same luggage but dressed different. 15 years ago her 2 children died in the accident  since that time she behaves like that. Anyway she is a very popular person in the city. She has a facebook fan page where people can tell the stories & add photos with her in a different places in Bydgoscz. 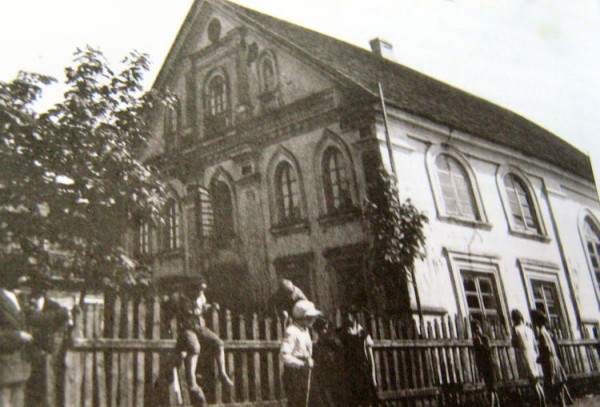 I walked the old Jewish streets of Vidukle with my friend and guide Antanas Pocius. He was born here and know every street like the back of his hand. He still remembers where jewish people used to live, he remembers their names and occupations. Antanas is a known person in Vidukle, amongst other publications, he is an author of a book about this town. Antanas remembers his childhood days, when he was attending the first wooden school in Vidukle, which was located in front of a famous old bakery. The bakery belonged to Itsikovich family. After many years, Antanas still cannot forget the taste of their cakes, so fresh and tasty – they just melted in your mouth… Today, after many years, we are standing in front of Itsikovich bakery with Antanas and one of the owners relatives, trying to imagine the smells that filled the streets years ago… Now Vidukle is a famous place in Lithuania known for great dumplings that you can get only here. A “Dumplings festival” is held here every summer, that thousands of people attend each year. 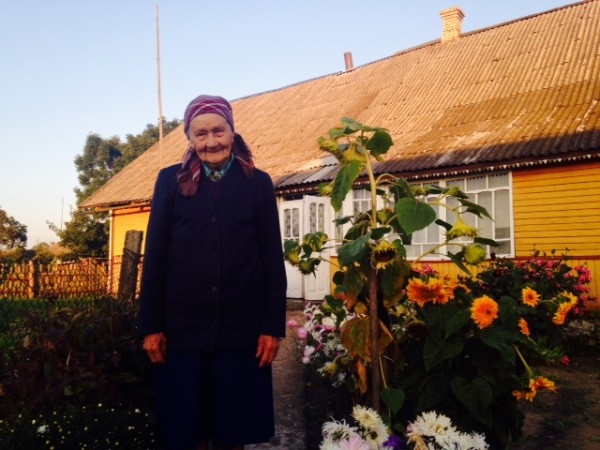 Novyj dvor – a treasure was found

There is  an old jewish synagogue located in the Hrodna street. We tried to get inside to make some pictures but unfortunately it was closed. There is a food store but it works only until 3 p.m. After a last year visit to Novy dvor we tried to find a last survived jewish lady but she was not at home. Her neighbour sent us to another lady Helena. It was a biggest our finding a real treasure during our trip in Belarus! She was age 92 an amazing personality speaking fluently  polish, her beutiful  voice sounded like she is a super actress. It was a great pleasure to listen the story about her life about jewish people and relations between different nationalities. 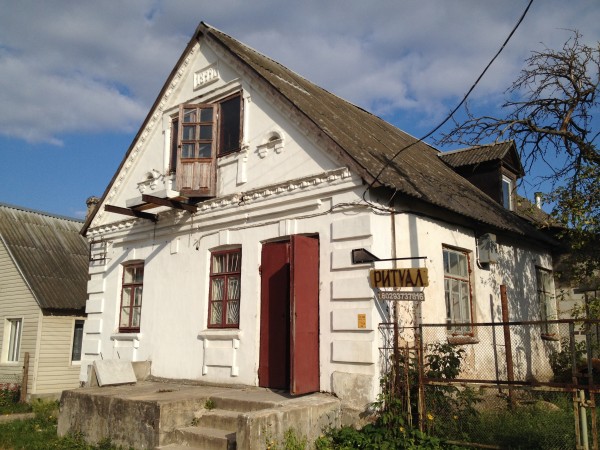 It was a second visit to Ostryna(Astrina, Astrin, Ostrino, Astryna). After one year  3 important jewish buildings were demolished by the goverment according to unsafe condition. This year i was standing in front of the building that was built in 1899 and together with my guest we tried to make a nice pictures when the man opened the door and said hello! His name was Albert, he bought that building in 2004 the building was an emergency condition. Albert made a most important work to stop the fall of the house now he produces here a gravestones. He wants to earn some money and equip it fully.  Albert told us that the following 3 houses were ruined down last year after first my visit to Astryna – jewish open air museum. I have never seen such a unique historical place, abandoned jewish houses, carble stone street, rabbi house,  2 synagogues, sauna in  one place Ostryna. 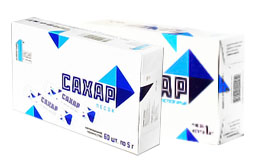 Skidel a town in Grodno oblast, Belarus, in Poland-Lithuania until 1785, and from 1807 incorporated into Russia. Jews settled in Skidel in the mid-18th century and later became the majority in the town. Jews earned their livelihood by trading in grain and timber, in the retail trade, crafts, and tanning, especially from the end of the 19th century.  The community came to an end in the Holocaust. After World War II Skidel became a part of Russia again, and all traces of its past as a Jewish shtetl rapidly disappeared. The town center, which had featured yeshivas, synagogues, factories, hospitals, and homes, was never rebuilt. The remaining towns people dismantled the Jewish cemetery and used the stones to build their homes. Nowdays you can not smell a Jewish town atmosphere only a bad smell that comes from the sugar factory.. 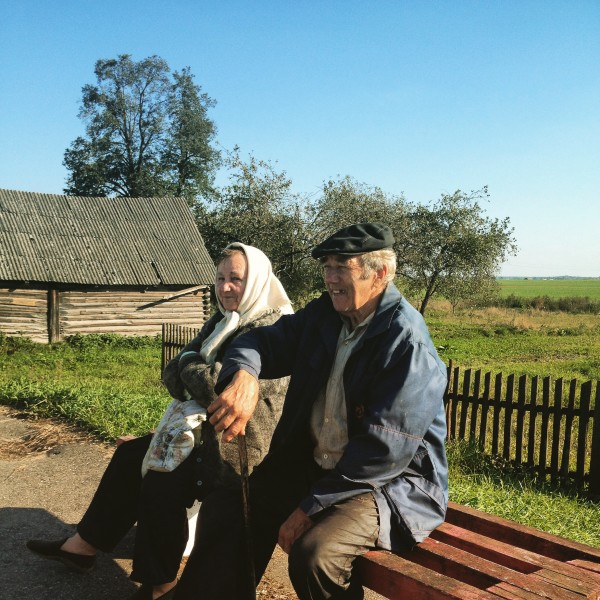 Waiting for the last Jew

She was a  teacher of history, her husband worked as a mechanic in the kolkhoz. I met them during my Jewish shtetl tour in Belarus  in a small village named “Lazy”. Most wooden houses they looked very authentic, they had a roof covered by woodn tiles. Old couple told us,that now in the village only 40 people left.. they still remember those times when 700 people lived  there.. hard to believe.. but it is true, village is dying. Old couple sitting on the bench in the bus stop and waiting for the car-shop to come. That place is too small to have a shop this was the reason for closing the last shop  2 years ago. It ishard to believe  but we felt 100 years back when the locals were waiting a jewish sellers to come with different type of food products. Jewish sellers visiting a small towns with a horse buggies full of products are still welcomed. 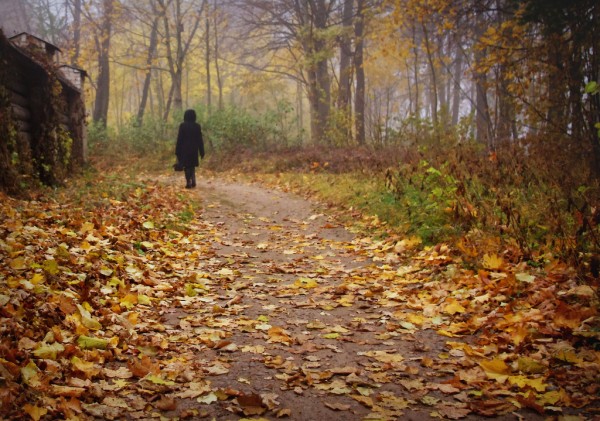 Here you can feel the ancient atmoshpere, to breathe the air your ancestors breathed, to see and touch old houses, speak with the oldest local people, taste traditional food that was cooked hundred years ago! This is your great chance to create your own  unique tour. 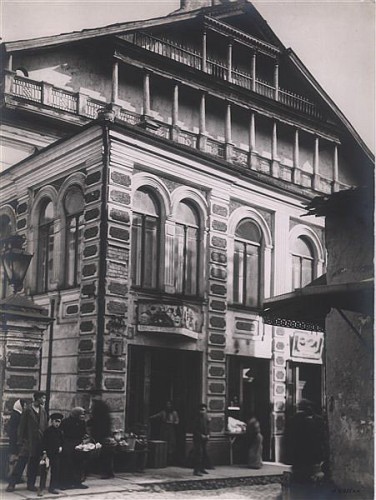 The Great synagogue of Vilna

The Great Synagogue of Vilna, familiarly called the “Shtot Shul”, was one of the oldest in Eastern Europe. The building was begun in 1573, and its completion must have taken many years, for on the iron gates on its entrances, inscriptions of the various Societies which had donated them were dated 1640 and 1642. The construction had to be in accordance with the law of that period which forbade any structure to tower over its neighbours. The Shul, therefore, had to be built downwards, with very deep foundations, to allow for a magnificent interior. The exterior view was plain and insignificant, but the interior, by contrast, was splendid and most impressive. Four massive equidistant columns supported the beautiful. Gothic vaulting descending from the roof, and the great candelabrum was suspended from the centre. The Synagogue was constructed on a substantial and massive scale, for it was intended to serve as a stronghold, should the need arise for the Jews of Vilna to take refuge in it, at times of peril. At one time, it is known, people hid their valuables about the building, and this often incited robbery and hooliganism on the part of the populace. http://geoffreyshisler.com/the-cantors-review/great-synagogue-of-vilna/ 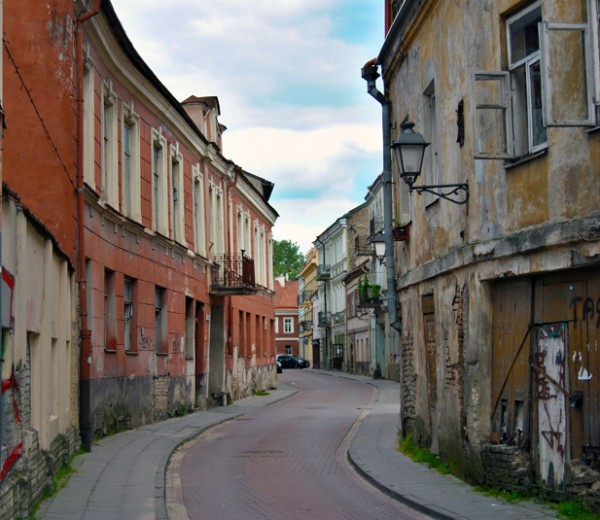