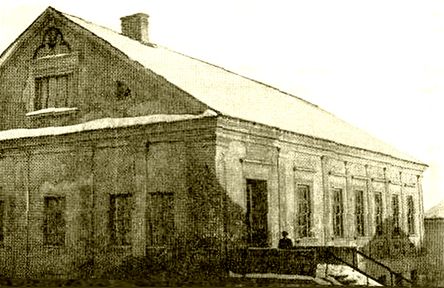 For most of the nineteenth century, the Volozhin (Bel., Valozhyn) yeshiva was the most important institution of its type in Eastern Europe. It was founded around the year 1803 by Ḥayim ben Yitsḥak, the leading disciple of the Gaon of Vilna. Ḥayim ben Yitsḥak’s fame attracted many youths to Volozhin, and when the small town could no longer support so many students, he established a yeshiva that provided subsidies to students. His success at dispatching fund raisers enabled him to build a private study hall that allowed the yeshiva to be both financially independent and physically isolated.Study in the Volozhin yeshiva took place 24 hours a day without vacations—a reflection of the view that the existence of the world depended on the study of Torah. Two heads of the yeshiva shared responsibilities, each lecturing three days a week. Ḥayim Soloveichik was the last and best known of these; he developed a very popular style of Talmud study characterized by deep analysis and a concern for basic principles. 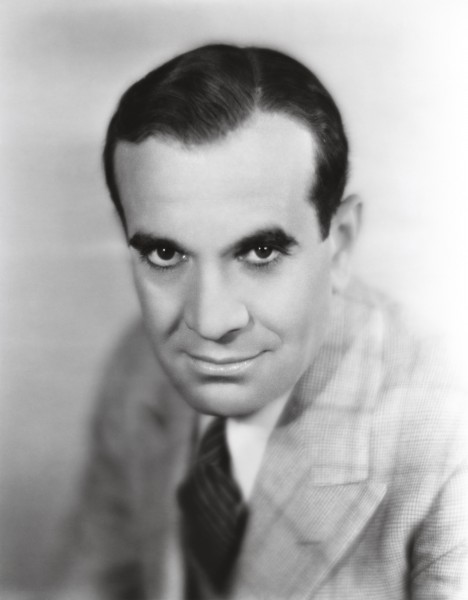 Al Jolson from Srednik (1886 – 1950)  was known in the industry as “The World’s Greatest Entertainer,” for well over 40 years. After his death his influence continued unabated with such performers as Sammy Davis Jr., Elvis Presley, Mick Jagger, David Bowie, Jackie Wilson and Jerry Lee Lewis all mentioning him as an inspiration. Jolson was born Asa Yoelson in Lithuania to Cantor Moishe Yoelson, who emigrated alone to Washington, DC, to establish himself. After four years he sent for his family. Nine months later his wife, Naomi, died (apparently during childbirth), which devastated the eight-year-old Asa. Young Al would soon find his outlet in the theater. Soon he was singing with his older brother, Harry, for senators and soldiers. He entertained the troops that were headed for the Spanish-American War. 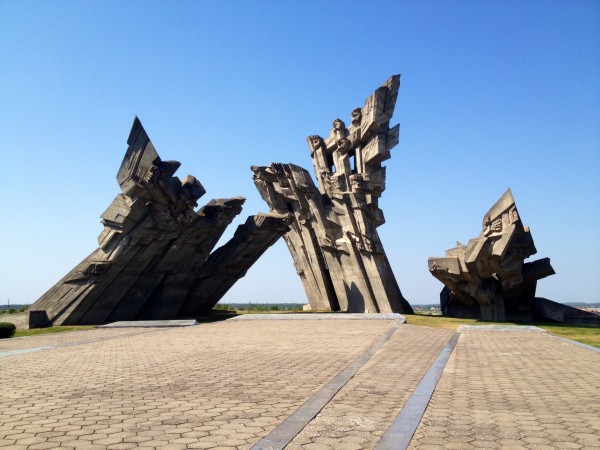 It is the biggest and the most significant memorial to the 30,000 Jews and others from Lithuania and abroad who were brutally murdered here during the Holocaust. It  stands 32m high and at least three times as wide. The work of the sculptor A. Ambraziūnas, the monument was unveiled in 1984 on the site of the mass grave where the victims of the Nazis and their Lithuanian henchmen met their tragic fates. 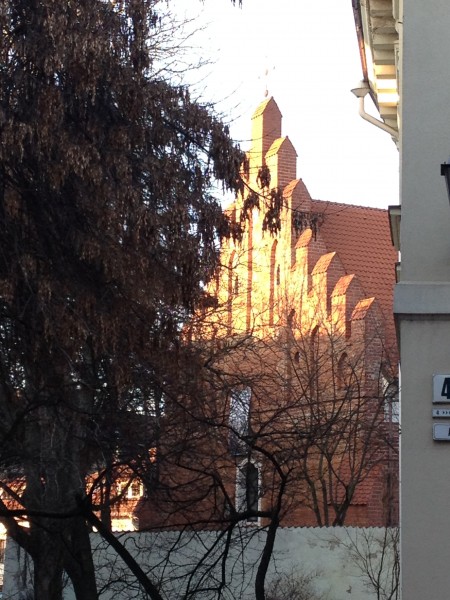 This is the oldest surviving Catholic church in Lithuania, dating from the 14th century, First mentioned in 1387, it has retained its simple appearance, characteristic of the Early Lithuanian Gothic style. The interior decoration dates from the later periods: the 16th century ribbed vaults with colourful decoration are Gothic , while the altars and organ loft installed in the 18th century are Baroque. From 1901 to 1939 this was the only church in Vilnius where services werre held in Lithuanian. A sculpture of Vilnius patron saint, St Christopher, was erected in the churchyard in 1959 (sculptor A. Kmieliauskas). 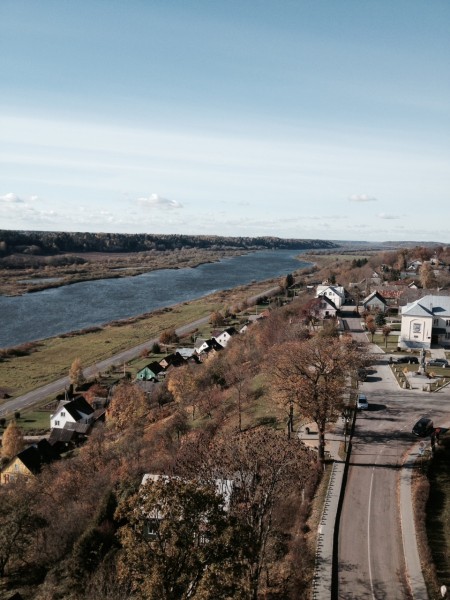 Scenic Panemunė road which traces Nemunas river valley at its northern bank and connects Kaunas to Šilutė. Beyond Šilutė the road continues to Klaipėda therefore making the Panemunė road a slower yet more interesting alternative. 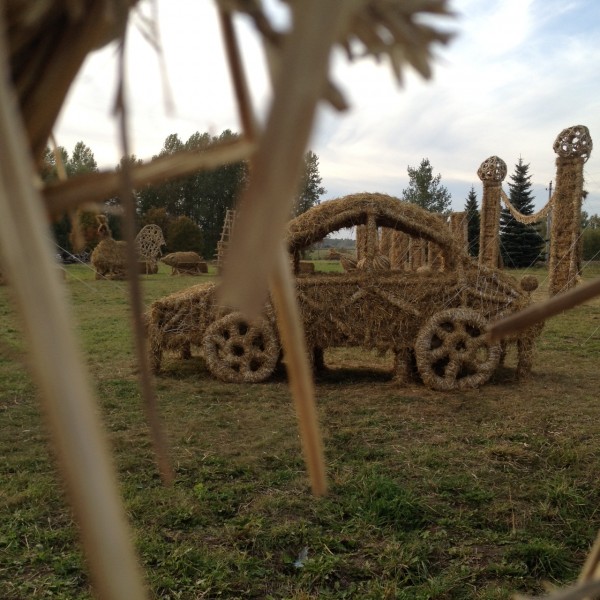 A field gallery of huge straw sculptures in Naujamiestis – small town located 12km outside the Panevezys city. Al these sculptures were built in two weeks by the local art people. Visitors from everywhere are welcome here until the end of october when all this art will be burned. This year a straw sculptures symbolizes the market, here you can buy a fish, a bicycle, a car, a cock, even an onion!

The museum of Rumšiškės is one of the biggest open air museum 194(ha) in europe, opened in 1974. It represents structures from different Lithuanian regions Žemaitija, Aukštaitija, Suvalkija, Dzūkija and the Minor Lithuania. It boasts of having a collection of over 140 buildings from the 18-19th centuries that are all constructed with both – original ancient interior, exterior and even the surroundings. Beehives, wells, gardens of flowers, artifacts, fences, furniture – all this stuff creates a realistic atmosphere of the life and traditions of peasants and villagers lived in bygone centuries.